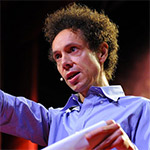 Malcolm Gladwell is the author of five New York Times bestsellers — The Tipping Point, Blink, Outliers, What the Dog Saw, and now, his latest, David and Goliath: Underdogs, Misfits and the Art of Battling Giants. He has been named one of the 100 most influential people by TIME magazine and one of the Foreign Policy's Top Global Thinkers.

He has explored how ideas spread in the Tipping Point, decision making in Blink, and the roots of success in Outliers. With his latest book, David and Goliath, he examines our understanding of the advantages of disadvantages, arguing that we have underestimated the value of adversity and over-estimated the value of privilege.

Malcolm is an extraordinary speaker: always on target, aware of the context and the concerns of the audience, informative and practical, poised, eloquent and warm and funny. He has an unsurpassed ability to be both entertaining and challenging.

Major Points Of This Interview With Malcolm Gladwell 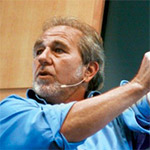 Bruce H. Lipton, PhD is an internationally recognized leader in bridging science and spirit. Stem cell biologist, bestselling author of The Biology of Belief and recipient of the 2009 Goi Peace Award, he has been a guest speaker on hundreds of TV and radio shows, as well as keynote presenter for national and international conferences.

Dr. Lipton began his scientific career as a cell biologist. He received his Ph.D. Degree from the University of Virginia at Charlottesville before joining the Department of Anatomy at the University of Wisconsin's School of Medicine in 1973. Dr. Lipton's research on muscular dystrophy, studies employing cloned human stem cells, focused upon the molecular mechanisms controlling cell behavior. An experimental tissue transplantation technique developed by Dr. Lipton and colleague Dr. Ed Schultz and published in the journal Science was subsequently employed as a novel form of human genetic engineering.Two major scientific publications derived from these studies defined the molecular pathways connecting the mind and body. Many subsequent papers by other researchers have since validated his concepts and ideas.

Dr. Lipton's novel scientific approach transformed his personal life as well. His deepened understanding of cell biology highlighted the mechanisms by which the mind controls bodily functions, and implied the existence of an immortal spirit. He applied this science to his personal biology, and discovered that his physical well-being improved, and the quality and character of his daily life was greatly enhanced. He is the author of three best-selling books: The Biology of Belief, Spontaneous Evolution, and The Honeymoon Effect.

Major Points Of This Interview With Bruce Lipton, PhD 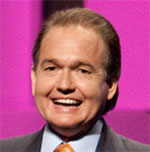 For more than 35 years, John Gray has conducted public and private seminars for thousands of participants. John entertains and inspires audiences with practical communication techniques. John's mission is for men and women to understand, respect, appreciate and work together.

John Gray is a popular speaker on the national and international lecture circuit and often appears on television and radio programs to discuss his work. He has made guest appearances on such shows as Oprah, The Dr. Oz Show, Good Morning America, The Today Show, The CBS Morning Show, Live with Regis, Fox & Friends Weekend, Good Morning New York, Larry King Live, CNN and Company and many others. He has been profiled in major publications across the United States. John Gray lives with his wife and children in Northern California

Major Points Of This Interview With John Gray

Need help? If so go here and post your question on the support page...

Dawson Church, PhD, host of the Peak Performance Symposium, is the author of the best-selling book The Genie in Your Genes, which shows how your thoughts and feelings affect your body down to the level of which genes are turned on and off (Best Health Book, USA Booknews). He collaborates with many of the best-known luminaries in health and wealth creation, such as those featured here. He has been fascinated by the possibilities of expanding human potential since he was a child. As CEO of Energy Psychology Group, he coaches organizations and teams to push past their boundaries. He is also the executive director of the National Institute for Integrative Healthcare and has published dozens of papers in peer-reviewed medical and psychology journals.